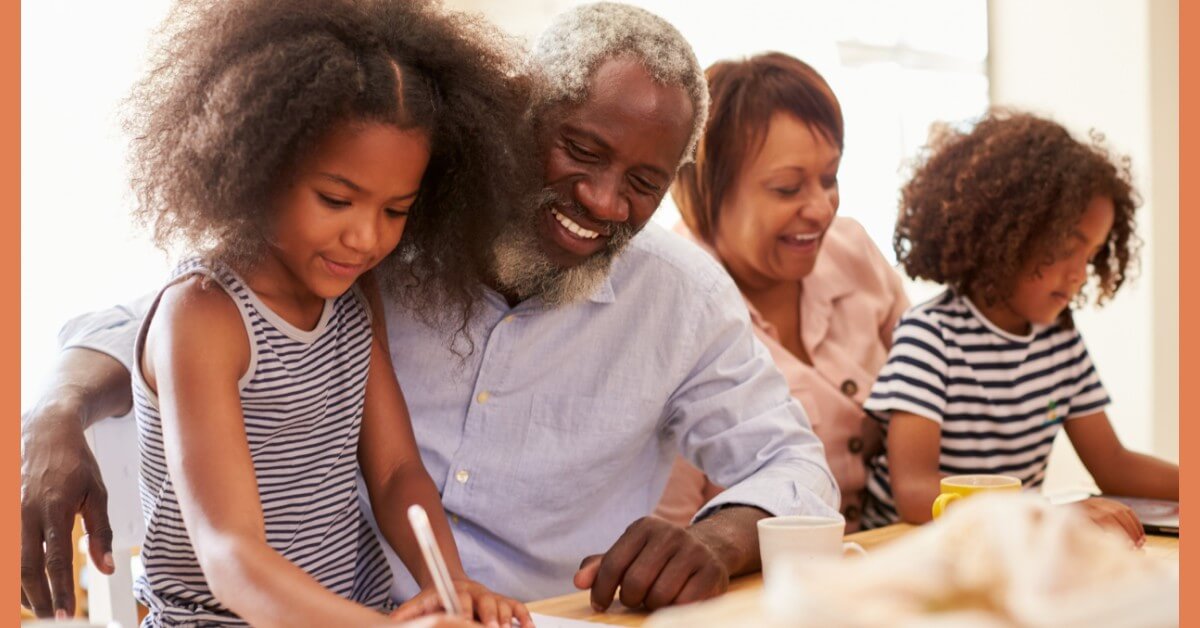 Inheritance is so much more than just the money that you leave behind when you die.

Estate planning, when done right and well, can be a gateway to understanding the meaning of life and death, and open up a whole new level of family connection, harmony, health, and well-being.

When estate planning is done wrong (or not at all), the death of a family member can wreak havoc in a family, surfacing long-buried family conflicts, and often creating permanent breaks in the family structure.

I discovered this myself because, in several situations, my family did not handle estate planning well, and I experienced the impact and consequences of that directly.

My father-in-law was the first family member of mine to die. And he had done his estate planning, or at least thought he had. He’d worked with a lawyer and paid $3,000 to have documents created to keep us out of court and conflict with his ex-wife, after his death. So, you can imagine our surprise when, after his death, we were stuck in the probate court and dealing with his ex-wife. It turns out his estate planning documents had never been properly updated, and his assets were not properly titled.

In fact, to this day, one of his accounts is still stuck in the Florida Department of Unclaimed Property. I thought for sure this must have been malpractice, but after becoming a lawyer myself and going to work at one of the best law firms in the country, where our practices were identical to the lawyer who served my father-in-law, I discovered it wasn’t malpractice at all, it was common practice.

Next was my mother-in-law. She, too, had “done” estate planning: a will, a trust, a health care directive, and a power of attorney. She thought that was enough. But it wasn’t. I watched my husband and his sister go head to head in their mom’s storage unit over the things that really mattered to them, which my mother-in-law’s estate plan hadn’t addressed at all.

It would take years to repair the conflict that could have been so easily avoided, with proper planning.

After that, my father died. And, while there were some things we did very right in that process because by then I was an estate planning lawyer myself, committed to upleveling the process and results of estate planning for families, there was still an unfortunate learning from his death.

Before he died, my dad and I spoke on the phone daily, and one day he left me a voice message on my cell phone: “Lex, it’s your dad. Call me back.” And while I had always intended to record his voice and stories, as part of his estate planning, we never got around to it. His death came too fast. It was something we should have done ahead of time. That voice mail was all I had. And then, one day, it was gone. Accidentally deleted. Unretrievable.

I was devastated to have lost that simple artifact of my father, and while I can still hear his voice in my head, my children, and their children (and so on), never will. My dad’s death taught me that we must build recordings into every estate plan for the clients we serve, because while we have good intentions to do it otherwise; if we don’t build it into the planning, it most often just doesn’t get done.

On the positive side, because I was an estate planning lawyer by the time my dad was facing his death, I properly prepared us in some ways.

Most notably, I ensured that his estate was structured so that my dad’s second wife (my stepmom) would be adequately cared for throughout her lifetime, without creating any conflict between her and me and my sister over the assets my dad left behind. Thanks to the planning we did ahead of time, my sister and I are closer than ever with my stepmom, and continue to have a strong and healthy relationship with her to this day. As I’ve seen repeatedly in my law practice, this is rare. Most often, in a second marriage situation, when someone dies, there is a big mess of long-lasting and expensive conflict.

Finally, my grandmother, my dad’s mom died. And that was the death knell for the relationships I once had with my cousins on my dad’s side. Poor estate planning structure left a rift in our family over a property that wasn’t even worth that much.

With wise estate planning, handled by a lawyer who truly got it, our family could have ended up closer than ever after my grandmother’s death. Instead, now, we don’t talk anymore.

My family wasn’t financially wealthy. My dad was a small-time con-artist, even doing prison time when I was young (which greatly influenced my decision to go to law school, as part of my inheritance was to heal the legacy of his life choices). And, yet, estate planning failures touched us repeatedly, creating harm, because of a broken system in which lawyers, who thought they were doing the right thing, were not. Simply because they didn’t know any better.

When I went to work for one of the best law firms in the country, I saw that estate planning (even for the super wealthy) was little more than forms and documents that I knew were likely to fail the families who needed them.

I committed to understanding why, and to create a better estate planning process.

What I discovered is that estate planning is a relatively young industry, which makes sense because many law firms still used typewriters and primitive word processors until the mid-90s. Without the power of technology, each estate planning document had to be created by hand on a typewriter, making estate planning documents only available for those who could afford it. On top of that, in the recent past, the court system that supported the passage of assets from one generation to the next wasn’t nearly as overloaded as it is today.

In 1987, there were 2.1 million deaths recorded in the United States. In 1997, that grew to 2.3 million deaths. And, by 2017, just 20 years later, there were 2.8 million deaths, a 33.33% increase. On top of that, our financial wealth grew substantially and continues to do so. We’re currently facing the most significant transition of wealth that our world has ever seen. Over the next 40 years, 93 million estates will transition a total of $30 trillion in assets; most of this will pass from regular people, like you and me and your neighbors, not just the super-wealthy.

And, the legal industry is just starting to wake up to the massive holes in the estate planning process of the past.

As I’ve shared here and illustrated in my best-selling book on legal planning for families, Wear Clean Underwear: A Fast, Fun, Friendly — and Essential — Guide to Legal Planning for Busy Families, and on the Today Show, Good Morning America, and Fox News, estate plans that are focused on the standard 4 estate planning documents (will, trust, health care directive and power of attorney) created by lawyers who often mean well, but are still stuck in an old estate planning paradigm — or by families themselves online — are destined to fail.

Families who want to do the right thing by the people they love deserve better.

And it’s up to us, as trusted advisors and counselors, to deliver. This requires us to get re-trained on how to do estate planning in a new way, beyond mere documents, and to use technology to the fullest, delivering a “wow” service that supports our clients to face incapacity and death in such a way that it makes their lives better.

By seeing estate planning as not just a plan for death, but the opportunity to make wise choices during life, we get to impact families positively for generations to come.

And, as we well know, legacy is not something that happens after you die; it’s “who you be” and the choices you make during life that creates a legacy.

If you’d love to use your law degree to create a legacy of true meaning, and help families (and small business owners) in your community to do the same, schedule an appointment to speak with one of our advisors today. We’d love to help you do just that.