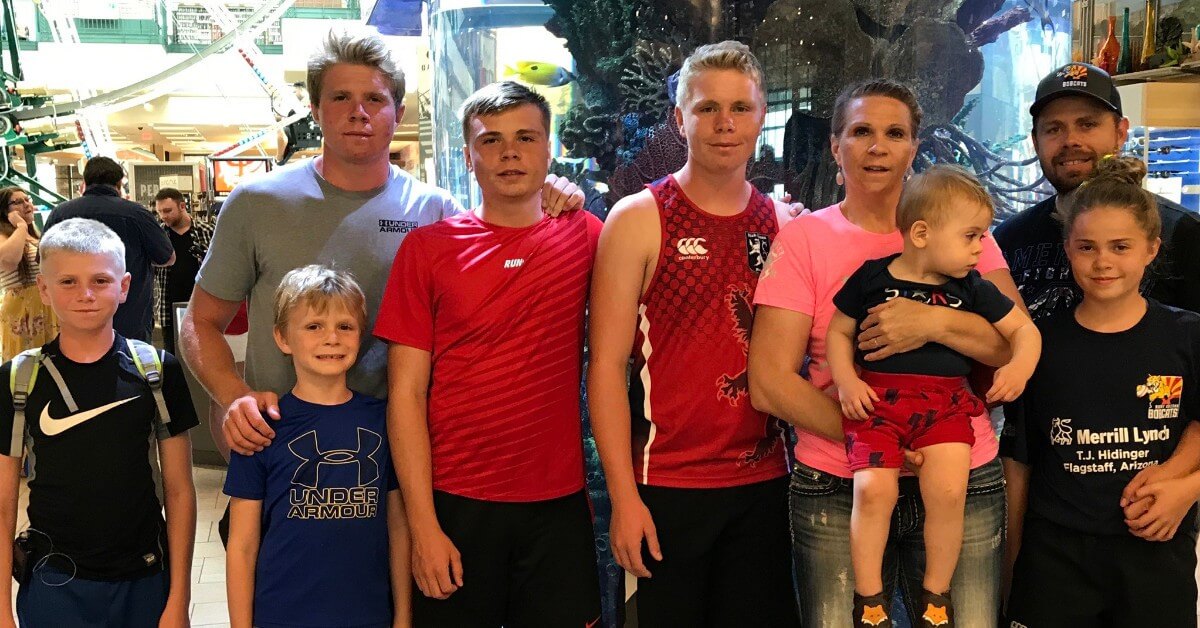 Todd Jarvis is a father of seven (yes… you read that right… seven) and has been practicing law in Arizona since 2012. After six years working in a small firm – handling everything from bankruptcy to real estate, to litigation, to business – Todd was done spreading his energy across practice areas, working long hours, and billing by the hour – and he decided to strike out on his own.

Within the first 10 months of building his practice with NLBM, Todd started engaging 98% of the people with whom he meets and increased his revenue by 750%. Today, Todd has a thriving solo practice that allows him ample time with his family – working just 25 hours a week.

Update: When this case study was originally published, Todd had been with NLBM just 10 months. Fast forward to April of 2020… Todd let us know that he engaged 7/8 new clients at an average fee of $4,000 in his Family Wealth Planning Sessions last month, and that he hasn’t let the current pandemic deter him from moving forward in his law practice…

Todd has pivoted his practice to a virtual one, converting to conducting all of his meetings to video conferencing with ease and offering  his marketing presentations virtually, via webinar — all the while still providing the same great service that his clients would receive in person.

Read the rest of the story of how he got to this point and watch his video below.

Todd’s 6th child was born during his second year of law school, so becoming a successful lawyer was a top priority…

Todd earned a B.S. in Bioinformatics from Brigham Young University and went on to concurrently earn his J.D. and his Master’s from the University of Arizona. Todd also has admissions with the Arizona Supreme Court, the US Federal Court District of Arizona, and is a USPTO Registered Patent Attorney.

After his schooling was complete, Todd worked with a small firm with 3 offices for 6 years to support his growing family. He primarily worked with business owners but also worked in real estate, estate planning, bankruptcy, and commercial litigation. Todd was working as what we refer to as a “door lawyer”, taking any client that walked through the door so he could bill the hours for the firm and they could, in turn, pay him.

When the partners at the firms started to retire, Todd knew it was time to start his own practice and become the successful lawyer he wanted to be.

When Todd started his firm, he knew he wanted to work with families and small businesses, to be able to form real relationships with his clients, and to move away from transactional work and billable hours.

Todd soon figured out that while he loved serving families and making sure they were protected, he wasn’t charging enough for his services, and didn’t know how he could deliver the value that would warrant him charging more.

It was clear that his new firm, as it stood, wasn’t going to support his family or give him the time to be with them as he would like.

Todd set about to find a way to become a successful lawyer as a solo, and make the income that he was expecting to make when he went into law school.

“I had ambitious goals and expectations for my firm and the model I would follow. I wanted to niche down and only service business owners with their ventures and families with estate planning.

I didn’t want to bill hourly anymore and I wanted to have long term relationships with the business owners and families that I worked with – no more one-shots.”

Todd found the solution that has allowed him to become a successful lawyer, on his terms. Watch this 6-minute video where Todd shares his story:

Already inspired by Todd’s story? Speak with a Law Business Advisor to find out how you can get these results, too!

“NLBM was the answer – I didn’t have to create the model, it already existed and came with a full support network and mentors.

The training, coaching, and mentoring are most impressive. The ‘done-for-you’ resources are invaluable, but the coaching, calls, and forums have provided a level of mentoring that I could never have as a solo otherwise.”

In 10 months of practicing the NLBM way, Todd:

Todd has built a law practice that he loves, created plenty of time to spend with his wife and children, and achieved his goal of becoming a successful lawyer whose practice is a major contribution to his career satisfaction and his happiness in life.

“NLBM has delivered everything it has promised. I love my practice, I love working with the people in the program – NLBM Personnel and the other member attorneys. It truly is a model that works, many other programs or coaches are full of empty promises, but NLBM delivers.”

Are you ready to become a successful lawyer that has the freedom in your schedule to enjoy your life and being with the people you love?

New Law Business Model is here to support you. Book a free 45-minute call with us and discover how we can help transform your practice to achieve your specific goals – just as we’ve helped over 1,600 other attorneys – all personalized, for you.