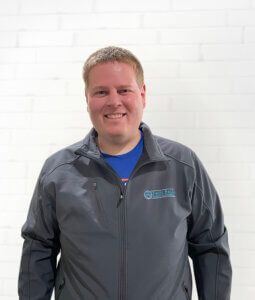 Like so many other lawyers, David Taylor’s very first job out of law school found him at a litigation-heavy law firm practicing Estate Planning law.

“When I interviewed for the job, one of the first things they told me was, ‘We don’t like doing Estate Planning.’ But they wanted me to be the Estate Planning guy, which sounded great at the time, but what I soon found was…they didn’t know how to practice Estate Planning.”

David struggled to learn the business, but in doing so, he became convinced that the way the law firm had been practicing Estate Planning could be modernized and refined. He began a concerted effort to change the way they were doing things, expending hours and energy to get the change to stick.

But then it all came to an abrupt end.

“It turns out I pushed too hard on changing the Estate Planning practice, on breaking the mold, and I wasn’t good at being that traditional attorney, and so we decided to amicably part ways. I found myself without a job.”

David was facing a dilemma: Go work for a law office where he knew he’d end up hating it or try something new. The thought of working for someone else reminded him of the frustration he’d felt while working at his first law firm:

“I thought, ‘Why did I become an attorney? Why did I go through law school to do all of this? I’m not happy, the money’s not good, and I’m working for someone else.’”

With clarity in mind, David knew he had to start his own Estate Planning practice. There was just one problem…

No one had taught him how.

Setting Up A New Practice Comes With Unforeseen Challenges

Understanding the direction he wanted to go in, but realizing that he didn’t have the tools or training necessary to accomplish it, David began to research curricula and programs that could help him establish his own Estate Planning practice. It was in this search that he first stumbled onto the New Law Business Model.

But it wasn’t an immediate buy-in. A well-honed caution still held David’s future in its grip.

“At the time when I started my firm, I listened to a webinar by Ali Katz. And I took some information on it and I had the thought, ‘I can’t afford this right now. I’m starting a new business.’ And then I went and developed my practice as best as I could. And looking back now, of course, I made lots of mistakes, lots of errors, and I wasn’t very successful.”

Of course, like so many other lawyers, David was successful—somewhat. He was an educated lawyer with his own law practice making just enough money to support himself, and his fledgling law firm. But eking out an existence and slowly trying to build a client list didn’t feel like success to David. He had a sneaking suspicion that all his hard work wasn’t actually yielding the results he knew they should.

In the midst of all that, David was also encountering one of the fundamental issues Entrepreneurial Lawyers face: being untrained or unprepared to run their own law practices. How could so much education still feel like he was missing some integral parts of being a lawyer in today’s market, especially one who didn’t follow a traditional path?

This frustration is incredibly common amongst lawyers, but David didn’t know that yet. He was, in his own description, “Lost.”

“About a year into my practice I finally became lost. I had a horrible conversion rate. I was starting to make money, but I felt like I was wasting my time chasing down rabbit holes. And I just needed some direction. More specifically, I needed someone to hold my hand. I really wanted someone who was going to say, ‘Look David, here’s how you run an Estate Planning practice. Here’s the mistakes you’re making. Here’s how to correct them. And I found that in the Law Business Model.”

Choosing NLBM Provides A Catalyst For A Better Practice

David’s eventual motivation to finally embrace the New Law Business Model turned out to be multifaceted. He had already started to learn business operations as best as he could from online videos, and even some of the tutorials that came with his drafting software.

But then COVID hit, complicating an already difficult situation. It was halfway into the shutdown that David knew he had to make a wholehearted change and trust a system that was bigger than his research, especially if he wanted to emerge from the pandemic with a stronger and more profitable law practice.

David took advantage of the lull afforded him by the COVID shutdown, and decided to invest in the New Law Business Model as his primary coaching and education platform for running his Estate Planning law practice.

From the beginning, David realized the goal of NLBM wasn’t simply to prepare him to run a better practice, but to learn how to strike a balance between work and the rest of his life. The training didn’t just focus on the operational side of running his law business, but also on how to set up systems that allowed him to step away from the business when he needed regular rhythms of rest and inspiration.

“One of the things I liked about the New Law Business Model was how they teach you to have the life you want.”

For David, one of the greatest differentiators that helped him commit to NLBM’s life-enhancing program and coaching, was the specific focus on Estate Planning law. So many programs teach business management or client sourcing from the perspective of being any kind of attorney. But NLBM’s program taught him how to address the logistical and technical aspects of his law business, but specific to an Estate Planning law practice.

The specificity of the NLBM program and coaching—and the abundance of resources that he now had at his disposal—catapulted David’s law business into both financial and personal success. His drive and ambition were revitalized almost immediately. The change wasn’t just visible in David’s energy level or processes, but in other numbers too, specifically, his conversion rate.

“One of my pain points before I joined the New Law Business Model was my conversion rate. And I couldn’t figure out why because I had a practice that was doing okay. I was starting to make some money, but my conversion rate was somewhere around 50%. And I couldn’t figure out why I wasn’t converting the other 50%. Why were people coming to my office, and I talked to them for an hour, and I’d explain everything, and how come they weren’t becoming clients of mine? I felt like I was wasting my time, wasting my resources, and I just had no direction.

With his conversion numbers up, and newly minted NLBM process and coaching in place, David began to experience the kind of law practice and life he’d always hoped to find. He found more time for himself, his hobbies, and his family and he found more joy and peace of mind at work. NLBM had given him what he always wanted—a chance to work at the law firm that gave his life purpose and meaning. His own.

David ended up becoming a full-fledged NLBM member during his first month trying out the program. From there, he continued to grow his law business, Twin Falls Estate Planning PLLC, putting up some truly incredible numbers and increasing his staff.

In November of 2021, David saw a nearly $90,000 revenue month. Just a year before, his earnings had been in the $8,000 dollar a-month range. The numbers are a substantive measure of the success David has experienced as a result of his access to NLBM’s teaching, coaching, and resources. But there’s another indicator of his success. His community.

“I’ve been able to go out there and give presentations on Estate Planning or Elder Law. And the New Law Business Model helped me to identify who I am, which I’m not a salesman. I’m an educator. And whenever I have an opportunity to go out in my community, I get to tell them, ‘Hey I went to law school for 3 years to learn this. But you don’t have to.’”

David’s continued success means he’s been afforded more opportunities to be a leader in his community as a trusted advisor who provides his expertise and guidance to his clients and those seeking help.

All the effort and training David received is finally paying off, in more ways than he can sometimes count.

Finally Finding His Place In The World Of Law

From working for a litigation-heavy law practice not in alignment with his values and desire to help clients, to establishing his own prominent and well-respected law practice, David has seen the highs and lows of the Entrepreneurial Lawyer journey. He fully admits that if it weren’t for NLBM, he doesn’t know where in that journey he might find himself now.

But fortunately for David, he followed his gut instinct and gave his trust, time, and energy to investing in the NLBM program, learning and growing as a result.

For David, the journey is truly just beginning as he realizes one financial milestone after another by working with the New Law Business Model to improve his business and its revenue. But more than simply providing an increased and steady income, David has also found how to incorporate the rest of his life into his practice and vice versa.

His advice to other lawyers who are maybe considering NLBM?

“If you hate the way you practice law, then probably the issue is the area of law that you’re practicing. There’s a better way.”

To learn more about the “better way” David describes, why not reach out now to one of our Law Business Advisors to ask them how you can chart a course like David’s.

Maybe you’re still researching the New Law Business Model trying to figure out if it’s really for you. NLBM Member Lawyers come from all types of law practices, geographic areas, and goal setting intentions around what they want in their law businesses. But let them tell you about that.