I am driven by a world in which every adult has the empowered guidance necessary to make eyes wide open decisions about the legal, insurance, financial and tax matters that impact us all. I believe when that occurs, we will choose to move beyond scarcity, into a world that works for all. 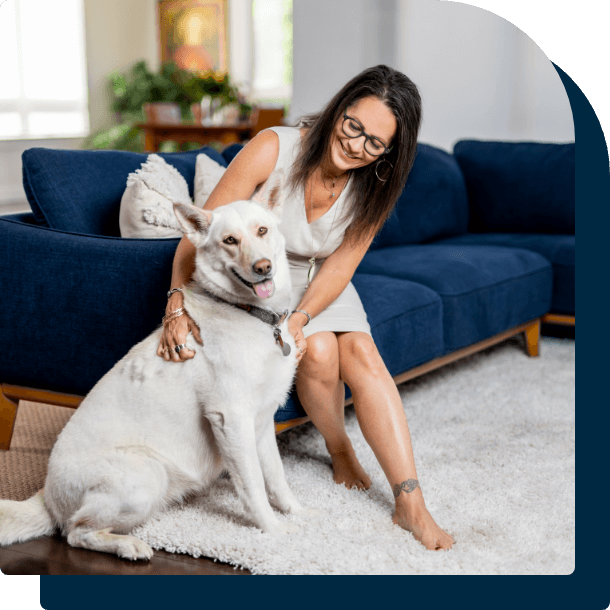 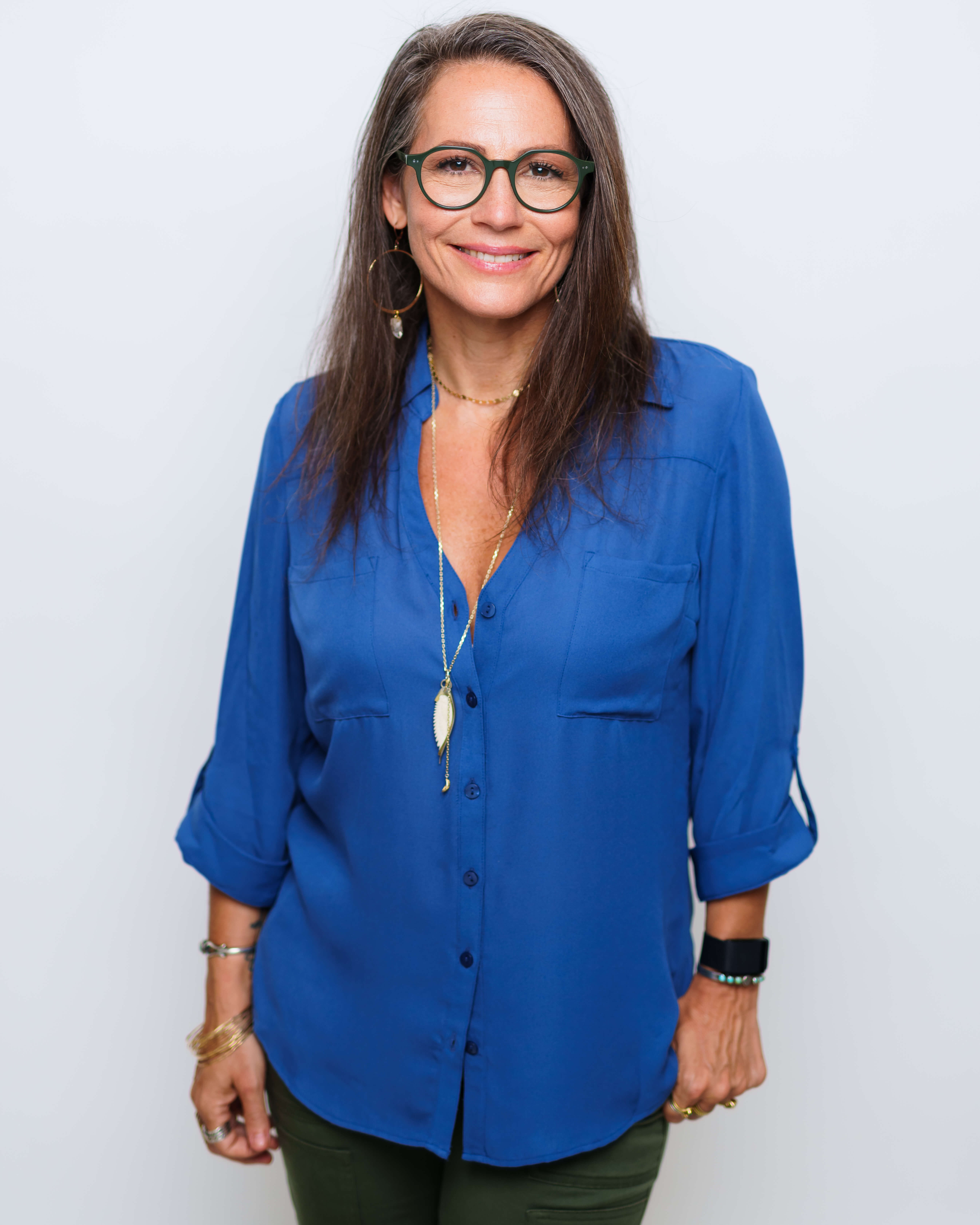 A new legal and financial paradigm is possible.

The purpose of my work in the world is to transform the way you make decisions regarding your legal, insurance, financial, and tax (LIFT) matters so you can create a life worth living, and leave the world a better place.

Our current legal and financial systems have created a culture of scarcity and fear-based choices that result in separation, resource hoarding, conflict and a loss of family connection from one generation to the next.

It’s hurting us, our families, and the planet.

A first step toward a new paradigm of support to create a world that truly does work for all is a new type of lawyer — the Personal Family Lawyer®.

Ali Katz (formerly Alexis Martin Neely) graduated first in her class from Georgetown Law in 1999, where she was also a John M. Olin Law & Economics Fellow and learned all about win/lose, zero sum games and began to get the idea that something new was needed. She then clerked on the 11th Cir Ct of App and was an associate at Munger Tolles & Olson, before leaving to start her own law firm, which she grew from scratch into a 7-figure business in just 3 years by inventing a new way of serving client families in her community. Ali wrote the best-selling book on legal planning for families, Wear Clean Underwear, and created the Money Map to Freedom + LIFT Foundation Systems programs, based on her own need to make legal and financial decisions with her eyes wide open.

Inheritance is so much more than just the money you leave behind, when you die. When estate planning is done wrong (or not at all), the death of a family member can wreak havoc in a family, surfacing long-buried family conflicts, and often creating irrevocable breaks in the family structure.

I discovered this myself because in several situations my family did not handle estate planning well, and I personally experienced the impacts and consequences of that directly even though we were just regular people with not very much money — the cost of failed estate planning was far greater than I would have imagined.

My father-in-law died when I was in law school, and it was my first eye-opening experience. He had done his estate planning or at least thought he had. 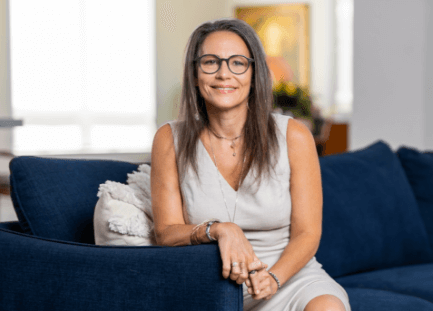 I thought for sure his lawyer must have committed malpractice. But, then, after graduating, and going to work at one of the best law firms in the country, I discovered that it wasn’t malpractice at all, it was common practice.

And, I knew something needed to change because the best lawyers in the country were creating estate plans (wills, trusts, and the like) for their clients that they must have known would fail when the clients’ families needed those plans, just like it had with my father-in-law’s $3000 plan.

Some years later, my own father died. And, while there were some things we did very right in that process because by then I was an estate planning lawyer with my own law practice and systems for creating plans that work,  there was still extremely sad learning from my dad’s death.

Before my dad died, he and I spoke on the phone every day. And, one day,  he left me a voicemail on my cell that said: “Lex, it’s your dad. Call me back.” After he died, I listened to that voicemail every day. Just hearing his voice brought me so much comfort.

And, then, one day I went to listen, and the message had been deleted. It was a little bit like experiencing his death all over again. Now, I’d never hear his voice again. That was the only little bit of his voice I had. Now, my kids would never remember his voice. And maybe it’s silly that was important to me, but it was. So important.

So, now, I make sure that will never happen to anyone who works with a Personal Family Lawyer. Recording and documenting a Family Wealth Legacy Interview is part of every PFLs training and process for their clients -- just part of what they do, standard, built-in, and archived for the people they love.

In fact, my dad was a small time con-artist, even doing prison time when I was young (which greatly influenced my decision to go to law school, as part of my own inheritance was to heal the legacy of his life choices).

And, yet, estate planning failures touched us repeatedly, creating harm, because of a broken system in which lawyers, who thought they were doing the right thing, were not. Simply because they didn’t know any better.
When I went to work for one of the best law firms in the country after law school and saw that estate planning (even for the super wealthy) was little more than forms and documents that I knew were likely to fail the families who needed them when it was too late, I committed to understanding why and to create a better way.

My dad's death came too fast.

Even though we knew my dad was dying (he died from cancer after having survived the first go-round ten years prior), we didn’t get around to the interviews we wanted to create. It was something we should have done ahead of time. That voicemail was all I had. Because once we knew he had cancer again, he was too focused on surviving to face the reality of his death. And then once it was clear he was going to die, he was too sick to record his values, insights, stories and experiences.

My sister still has this one artifact on her fridge that sums up the lifetime of lessons my dad left behind poignantly. I refer to it often.

I so wish there was more.
My dad’s death taught me that we must build recordings into every estate plan for the clients we serve, because while we have good intentions to do it otherwise, if it’s not built into the planning, it most often just doesn’t get done.

On the positive side, because I was an estate planning lawyer by the time my dad was facing his death, I properly prepared us in some ways. Most notably, I ensured that his estate was structured so that my dad’s second wife (my step-mom) would be properly cared for throughout her lifetime, without creating any conflict between her and me and my sister over the assets my dad left behind.

In fact, thanks to the planning we did ahead of time, my sister and I are closer than ever with my stepmom, and continue to have a strong and healthy relationship with her to this day. As I’ve seen repeatedly in my own law practice, this is rare. Most often, in a second marriage situation, when someone dies, there is a big mess of long-lasting and expensive conflict.

What I discovered is that estate planning is a fairly young industry, which makes sense because many law firms still used typewriters and primitive word processors until the mid-90s. Without the power of technology, each estate planning document had to be created by hand on a typewriter, making estate planning documents really only available for those who could afford it. On top of that, in the recent past, the court system that supported the passage of assets from one generation to the next wasn’t nearly as overloaded as it is today.

On top of that, our financial wealth grew substantially as well, and continues to do so. We’re currently facing the biggest transition of wealth that our world has ever seen, over the next 40 years. 93 million estates will transition a total of $30 trillion in assets. Most of this will pass from regular people, like you and me and your neighbors, not just the super-wealthy.

And, the legal industry is just starting to wake up to the massive holes in the estate planning processes of the past.

As I’ve shared here and illustrated in my best-selling book on legal planning for families, Wear Clean Underwear: A Fast, Fun, Friendly — and Essential — Guide to Legal Planning for Busy Families, and on the Today Show, Good Morning America, and Fox News, estate plans that are focused on the standard 4 estate planning documents (will, trust, health care directive and power of attorney) created by lawyers who often mean well, but are still stuck in an old estate planning paradigm — or by families themselves online — are destined to fail.

Families who want to do the right thing by the people they love deserve better.

And it’s up to us, as trusted advisors and counselors, to deliver.
This requires us to get re-trained on how to do estate planning in a new way, beyond mere wills, trusts, health care directives and powers of attorney, and to use technology to the fullest, not just to create templated documents, but to deliver on a “wow” service that supports our clients to face incapacity and death in such a way that it actually makes their lives better.
By seeing estate planning as not just a plan for death, but the opportunity to make wise choices during life, we get to impact families positively for generations to come.
As we well know, legacy is not just something that happens after you die, legacy is created by “who you be” and the choices you make during life. With the right systems and processes, we get to use our law degrees to help our clients make those choices throughout life and be there for their loved ones after death.
If you’d love to use your law degree to create a legacy of true meaning and help families (and small business owners) in your community to do the same. We’d love to help you do just that.

Learn to build your law practice into a law business you love.

Ali has spent her career building the New Law Business Model, now you can discover it for yourself.