Finding Due North For (New) Lawyers Means Knowing Their Work Matters, Their Impact Is Strong, And Their Time Is Viewed As Valuable.

(P.S. It doesn’t hurt if their paycheck isn’t paltry, either.)

Though you’ll see a liberal sprinkling of the term “new lawyer” in this blog, in point of fact this content doesn’t just apply to new lawyers. It applies to all lawyers. So if you’re not a not-so-new lawyer read on. We’ve got some great tips and “No kidding?!” facts we think you’re going to find motivational.

Born between 1981 and 1996 Millennials are confident, technologically-savvy people who value experiences over things. According to the Pew Research Center, Millennials have overtaken Baby Boomers as, “the nation’s largest living adult generation.” Because of that it’s safe to say they’re changing the landscape of the work world, in general, but nowhere is this more apparent than in the legal field.

Millennial Lawyers Tell You What They Really, Really (Don’t) Want

Millennials are willing to take a good look at situations that aren’t feeding their need to feel their work matters, and then make a change based on their assessment. The end result is they’re redefining the expectations of others because they’re not driven by fear. They’re driven by something else. Happiness.

When they’re not happy in their chosen field of being a lawyer they’re likely to change the rules instead of following them, and then, ultimately, they’ll go in search of a better opportunity if they’re not fulfilled.

In a recent article by lawyer-writer Leigh McMullan Abramson in The Atlantic she wrote about the fact that young lawyers are leaving law firms—and the profession—in droves. In fact, “so many lawyers want out that there are consultants and coaches who specialize in getting them pointed in a new direction.” Full disclosure, this is part of what the New law Business Model does—help lawyers of all ages, in all phases of their law careers, find their due north.

This is also a finding of McGill University lawyer and MBA student, Aly Haji who noticed his fellow law students would get great jobs with even greater law firms, but then they’d blow out of their roles in less than two years. That launched his MBA thesis about the, “apparent mismatch between Millennials and Big Law,” garnering him quite a bit of attention because large law firms are experiencing a huge problem in trying to recruit young lawyers.

When Expectations and Reality Collide

Law school graduates find themselves out in the world with their brand spanking new law degree attesting to the fact that they’re a lawyer, but they’re not entirely sure what it looks like—or feels like—to actually inhabit the role on a day-to-day basis. Many head on over to Biglaw, which is a big mistake. The problem is simple to identify, but tough to fix.

There just don’t seem to be other options available to new law grads who are encouraged to take the usual path of joining a law firm that’s already been launched. And, more than that, joining a law firm that has a respected reputation, which goes to ensure the lawyer will build a respected long-term career. But the heavy burden that is the billable hours conundrum, not having any scheduling flexibility, and working in a competitive environment reaches a tipping point, sooner rather than later. Why?

Because young lawyers are finding the traditional way of practicing law doesn’t feed their entrepreneurial spirit, let alone serve their goal of actually helping clients. This leads to career dissatisfaction much sooner with millennials who are hard-wired to need meaning in every aspect of their lives. Truth be told, practicing lawyers are having the same realization more and more.

Haji says, “The value proposition those firms have always offered, which is you work a ton of hours and make a lot of money, isn’t something younger lawyers want anymore.” And here’s the big takeaway. New, young, not-so-young lawyers are realizing they have choices. They want to be the master of their own fates, and part of that is redefining what success looks like.

Millennial lawyers are renegotiating their employment like no generation ever has. In fact, the post-pandemic Great Resignation has also been called, The Great Renegotiation. This is good news for all lawyers.

How Does the Great Renegotiation Figure Positively in Your Reality? 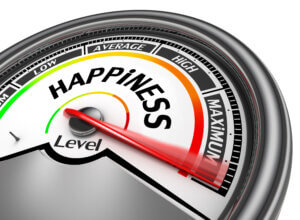 Set Your Career to Maximum Happiness

It goes to your happiness meter. We want to empower you—all of you—to leverage your valuable law degree, so you can land in the “maximum happiness” zone. Here’s what’s key to achieving that goal.

Flexibility. Being able to choose your work environment and business hours empowers you to build the integrated life you deserve. You shouldn’t have to work extra hard, so you can get to the part where you enjoy quality “me” time and family time. It’s not work-life balance now. It’s a work-life blend for an integrated life.

Mentorship. Connecting with other “been there” lawyers, so you can draw upon their expertise, guidance, and wisdom. Great mentors listen, provide perspective, and talk over solutions with you. This should be an informal and organic relationship allowing you to build a community of like-minded lawyers.

Collaboration. Going it alone as a rugged lawyering individualist practicing law is less Wild—the compelling memoir about self-discovery—and more, wild, as in feeling out of control. The latter can also immerse you in dark moments when you experience the Imposter Syndrome.

Meaning. Building something that matters ranks high. Even more importantly, work needs to mean something a la the “doing well is doing good” mantra. Making a difference isn’t just a bumper sticker, but it’s an imperative, so make sure your law career includes a healthy dose of meaning. Right place, right time, right people.

Yes, you’re a lawyer, but that’s not the sum total of who you are, nor what you do. Figure out where you want to be—and what you want to be doing—before you leave law school. Already graduated? No problem! Any time is the right time to reassess, recalibrate, and restart.

Hit the Launch Sequence on Your “Next”

You can get involved with the New Law Business Model during law school like NLBM Member Lawyer Bethany Gilson did. That’s when she first heard Ali Katz, NLBM Founder & CEO talk about the in-demand practice area of Estate Planning law during an ABA Young Lawyers Division webinar. When she heard Ali talk about the NLBM practice model it appealed to her because she wanted a more practical and heart-centered approach to planning.

Right now is when you need to move forward with all the positivity you can muster. Leave behind what you don’t need. Avoid thinking mistakes which can land you into a negative thinking space. These are the mistakes you should avoid at all costs because they will cost you valuable Time, Energy, Attention, and Money (T.E.A.M.) resources. (See The Wrong Way To Adopt The Right Law Practice Model blog.)

We’ve put together a list we thought you’d find handy. You might want to consider pinning it up on your office board to remind you how to stay in your right Entrepreneurial Lawyer mindset.

Where will you be in one year?

The decisions you make early in your career are about so much more than about practicing law. It’s about living your beliefs. But you know that. So, don’t practice law the way you’re expected to practice it traditionally, but rather go where you can see yourself enjoying your integrated life.

New Law Business Model lawyers are just like you; they want to have a say over how they build their law business and their life. Because they’re Entrepreneurial Lawyers they like building things, so they’re more apt to build a law practice, than join one just because it’s already been established. They’re do-ers.

Maybe this appeals to you. Let us know if you’d like to talk about your career goals.